Half a Shift is Better Than None 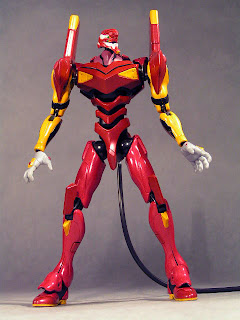 Well, the half day shift is over; I got a shower and some coffee, and it's time to put a post up here on the world famous blog. I'm unaccountably tired after working today. Maybe it's just the vibe of working at a junior high school, or middle school, as they now call it.
The atmosphere at an elementary is vastly different: it's overflowing with energy, and optimism. Jr. High is high voltage pubescent anxiety. 'Cool' is a commodity worth the price of souls, principles, betrayals, and cruelty. Conformity to the unspoken, unwritten, but nonetheless sharply defined parameters of 'cool' is a survival skill for kids that age. The line between those who have it, and those who don't might as well be an electric fence.

Jr. high is the age where the girls who drew the 'pretty card' in the genetic lottery become aware of it, and vain over it. And it is also the age where girls who drew the 'plain card', or the 'plain and fat card' come to realize that the look worshiped on magazine covers, and TV shows is now, and forever out of reach. The boys, and the pretty girls generally have no qualms about rubbing the plain ones' noses in it. I watched one of the noon duty aides escorting one of the crushed and sobbing plain and plump ones off the field during lunch. "I hate middle school," she wept.
I would note that the egalitarian, and far more casual standards of dress and grooming contribute to the division, rather than erase it. Everyone- all the boys, and ninety percent of the girls wear the same jeans, and t-shirt uniform. Forty years ago, when I attended the same school, all the girls were required to wear dresses. Boys could wear jeans and T's but only the 'hard guys' did, and they were a small minority. Slacks and button shirts were the norm. The less attractive girls could compensate and even compete by being sharply dressed, and groomed. In the Mao-Suits that kids wear today the raw, unenhanced material they were born with is all they have to put on display.
And I noticed a kid with a black t-shirt featuring a monocolor portrait of George Bush, and featuring a "NOT MY PRESIDENT" caption. And another with a T that had "OBAMA 44" printed across the shoulders like a football jersey. The entire front of the shirt was a full color silkscreen of Barack Hussein O at the podium emblazoned with the presidential seal, and big white letters reading "Commander in Chief."
Tell me, my adult friends, did you ever in your life wear a shirt promoting, or insulting a president? But then again, keep it in perspective. This was two kids out of a schoolful.
These are kids who grew up wearing bicycle helmets. They are kids who have grown up fearing household chemicals, global warming, and second hand smoke. They are kids who have been raised with hundreds of channels on the cable TV, and not a one of them deviating from the progressive party line. They hear the party line in the plots of their cartoon shows, sitcoms, and documentaries. They are kids who are growing up believing global warming is the world's most serious problem, and that being a racistsexisthomophobe, or an islamophobe is tantamount to growing up ignorant and evil.
But don't get me wrong, here. They still study Anne Frank.
And the other night when I was working one of the elementaries I walked into a classroom with an entire bulletin board covered with posters and pictures of the history unit on The Ancient Hebrews. It had the Ten Commandments. It had a big old map tracing the Israelites journey from the Passover to the Promised land, with all the major events in the Torah pinpointed,and explained. I noticed a gallery of Time Magazine' presidential Man of the Year covers, and Obama's was conspicuously absent. They had some stuff on ancient Egypt, and a little bit about Mesopotamia, but it was just that- a little bit.
So like I say, I don't wish to key some hand wringing screed about this lost and brainwashed generation of mindless progressive robots being indoctrinated in the Orwellian ministry of relative truth. They are also growing up computer savvy, and internet savvy. They have access to the Truth, and the web of coincidence will draw many to it. God can figure out the internet, and use it as a magnet for the iron hearts of those receptive.

For me- I'm looking at a vastly diminished workload coming up, and a vastly diminished income to go with it. But blogging is cheap. Bicycle riding is cheap. And I'm sure I can scrape up a buck sixty here and there for a cup at Starbucks, and the opportunity to shoot the breeze with friends. Life could be far worse.
Anyway. I'm hungry, and I'm going to go fix up some dinner