I unlocked the garage, pulled out a couple of bicycles, moved some junk and crap out of the way, and rolled the dolly into the corner where the stones have sat untouched for over fifteen years. I wrestled the big stone onto the four wheeler, and rolled it out to the carving table. Here it is: 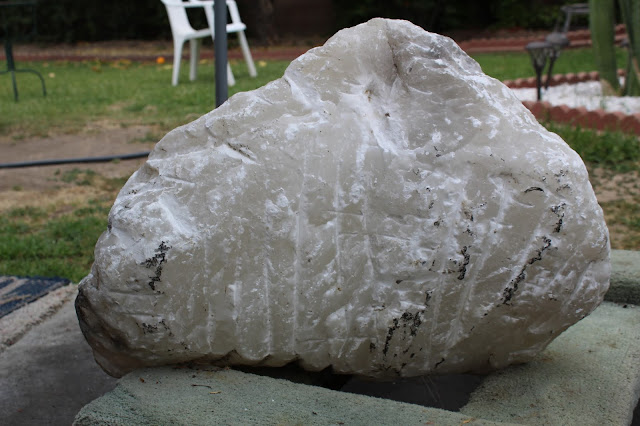 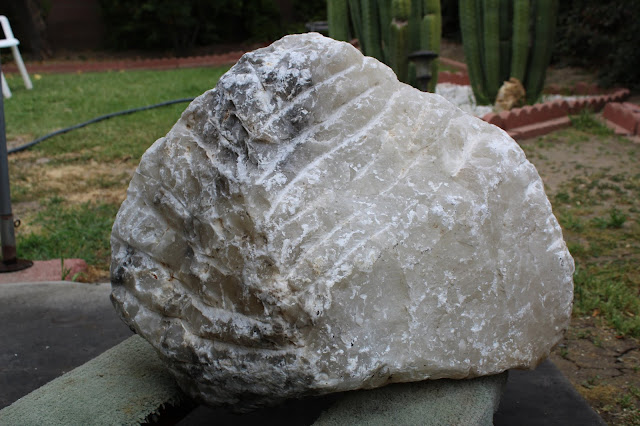 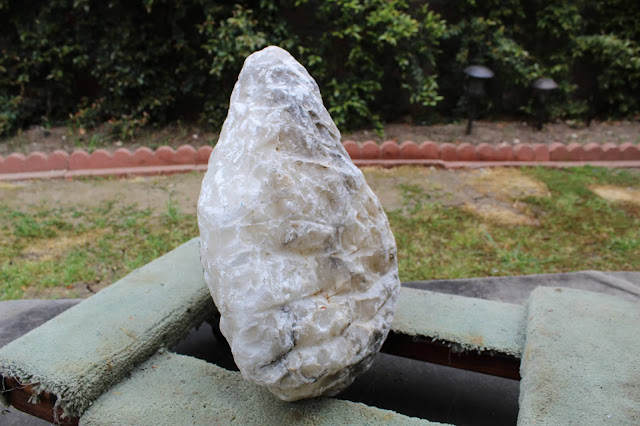 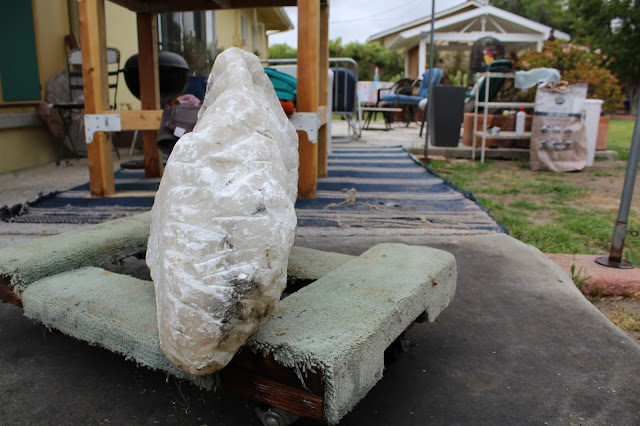 You'll notice that my "studio" is my back yard.
Nothing fancy here.
But this is one fine piece of rock. I seem to remember that when I bought it, it weighed in at just over a hundred pounds. I haven't put it on a scale, yet, and it's not going anywhere until I can get some help hoisting it up to the table. I'm a skinny old bastard, and I don't have the juice I once did. I don't want to start this project with a hernia or a wrecked back.
The Italian Crystal is clear as ice, and there doesn't appear to be any big flaws in the stone. There is a lot of clay at the top of the B-side. That may, or may not be workable. We'll know in due time.
So I guess this is the introduction to a long project. Here we go.
I know that the blog, here, doesn't get anything like traffic. Some few friends may drop by, and once in a blue moon someone may click my profile after reading a comment I dropped on another site.
That does not concern me much. I'm doing this for my own enjoyment.
Plenty of people carve stone, and plenty of people write about it. Some are professionals. I am an amateur in the true sense of the word. "Amatuer", is a word that really needs two different connotations. Most commonly used as an adjective, it refers to a craft or an artwork poorly, or inexpertly done. As a noun it usually means,  incompetent, as in, "He's just an amateur. He doesn't belong in the big leagues."
But the root of the word is "ama", as in love. The true amateur works for the pure love of the task, whether it's writing, painting, building, or whatever. So, in my view we need two connotations, and two appropriate pronunciations to boot:
There are "ama chers", who are just crappy workmen, and "ah ma toors", which is the spiffy, high-class sort that I aspire to be.
Making money is not in the list of considerations.  Making something beautiful, is. It's one of the wonderful peculiarities of being human. We have this spontaneous desire to create for the sheer love of creation, to expend huge amounts of effort for no reward other than to know we've added some beauty to the world.
The next step will be hitting up my neighbor to give me a hand getting that rock up on the table. I'll weigh the thing, and start grinding the quarry marks away so I have a smooth blank canvas to sketch on. Thanks to anyone who has stopped by, and spent a few minutes here.
More to come.
JWM
Posted by JWM at 4:43 PM 3 comments:

First Project in over Fifteen Years 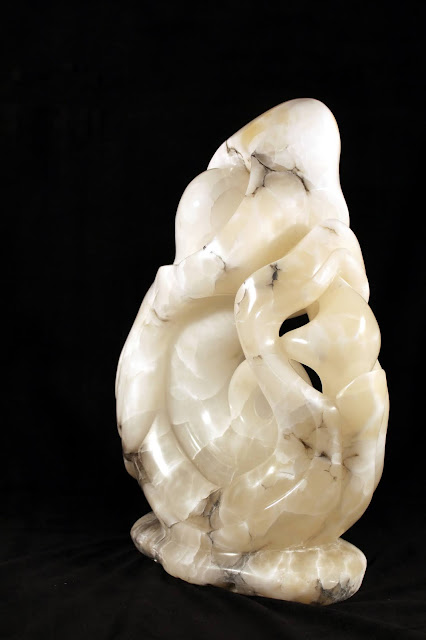 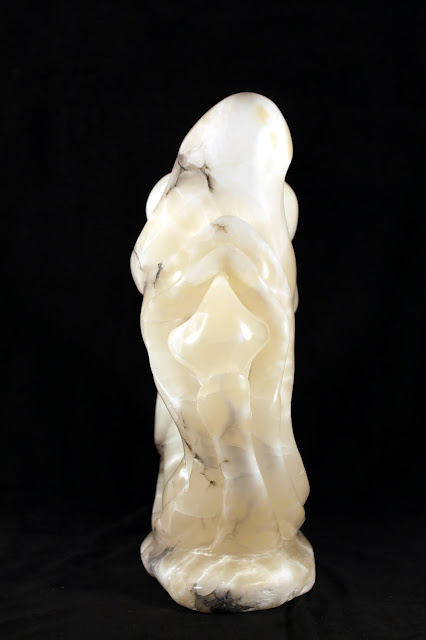 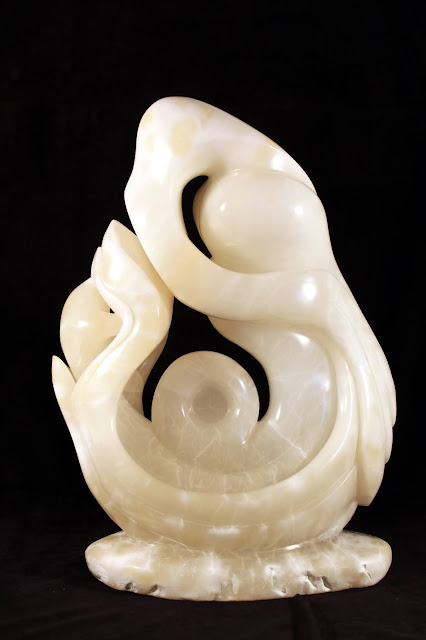 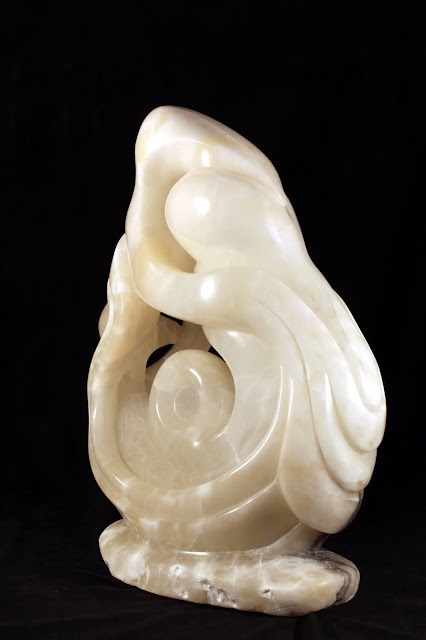 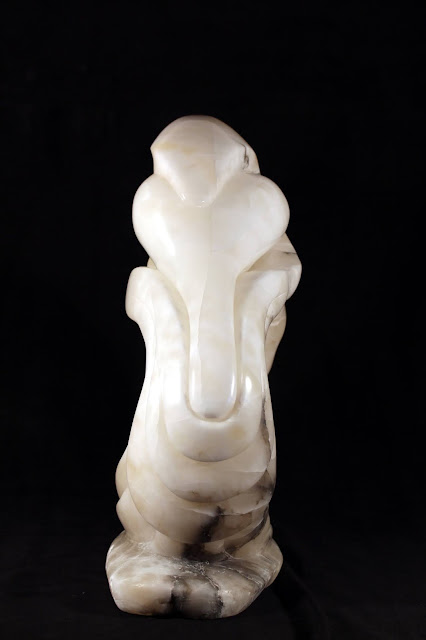 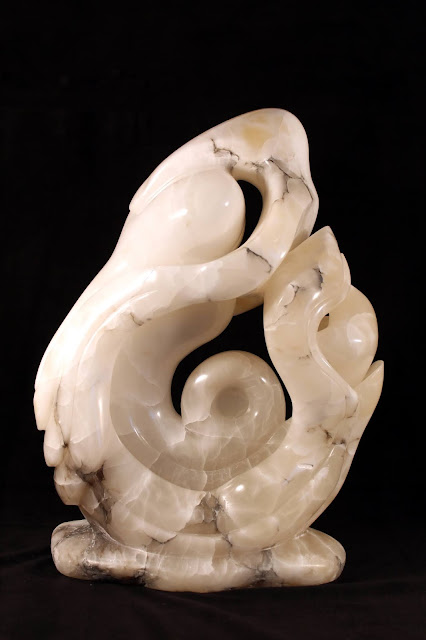 Sometime, about fifteen years ago I was just on fire with the creative burn. Working in stone was so much fun it should have been illegal. I was about half way through this piece. I was literally in mid-stroke with a rasp when that creative fire died. It was like someone had thrown a switch. I stepped back from the table, and heard myself say, "It's over." I tried, and tried to get back on it, but somehow I just couldn't even force myself to continue.

Fast forward to this last winter, and the end of the world as we knew it. I'm not even going to go into the details. You know. Like so many others, I have struggled mightily to maintain some semblance of mental health in the face of this world-killing insanity. I prayed a lot.

Oddly enough, it was  post on Gerard VanderLeun's site, American Digest that provided the spark. The post featured footage of the French Impressionists: Monet, Degas, and the sculptor Rodin. There was ancient film footage of Rodin working a long chisel, and a heavy mallet at eighty years of age. I saw that, and the light came on again. I built a new carving table. I retrieved this piece from the corner of the garage where it had sat. I got out the tools, and, well, here it is.

This was a tough project. The raw stone  was roughly in the shape of the bowl of a spoon You can see the one side is all shot through with clay. I had to dig out a lot of unworkable stone. The result was a figure that is twisted, contorted, and torqued in every way. I had to make everything balance with nothing symmetrical. The only thing the photos do not show is the center of the donut shaped segment in the middle of the piece. That center is carved very thin, and, in most lighting, shines like a little lamp. All in all, I'm pleased with my effort.

And next? I have another chunk of this Italian crystal. It weighs in at just over a hundred pounds (about three times the size of this piece).

So the burn is back, and I am deeply grateful for it. For now, the world can continue to go to hell in a handbasket. I withdraw my participation. I can't do much of anything about the madness out there. I can focus my energy, and effort into creating a thing of beauty, something that will be here after I'm gone. One day someone else will own everything I made. Someone I will never see will get some pleasure out of owning one of these white elephants. Sending a little beauty down through time. Can't think of anything better to do.

Stay tuned. I'll be blogging the whole process of working the big stone...

Dreamin' by the Tracks

Dreamin' by the Tracks 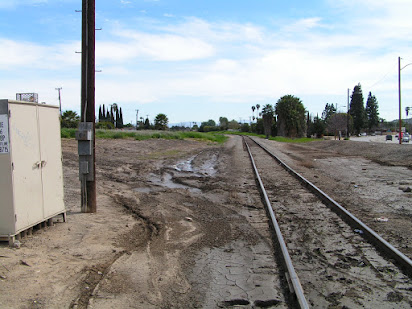 Gerard VanderLeun at American Digest put up a post on the rock classic, "California Dreaming" by The Mama's and Pappas. This song is on the top ten in my earworm archive of 8-track tunes. I can hear every note without a radio. Like a fat line of nostalgia it clouds up my head, and pulls me back to high school.
And right now the California sky is, indeed, rainy, cold, and gray, and the leaves are appropriately brown as is everyone’s overall mood here in the Southland. So, just like in the song, I went for a walk.
The streets are too empty. No one’s out at all. I don’t even have to look both ways before crossing.
Down at the tracks on the corner at First avenue, I can see the boarded up remains of my favorite pizza joint. Last year they went out of business, and then caught fire.
The railroad easement isn’t too muddy to walk just yet, (note: old photo) but I don’t go down there now, because of the homeless camp at the little trestle. This part of the easement is a broad wedge of naked dirt, chunks of concrete, brown, dry tumbleweeds, and hard, sharp stone. The north side is lined with the cinder block walls separating the back yards from the weeds and trash.
And I see something new in the world spray painted  on that block wall. You learn a little about graffiti over the years. I can tell the difference between a tagging crew, a gang, a “graffiti artist”, and some clown with a spray can. The text was not artfully drawn. It was done quickly in blood red paint. Thick, blocky, uneven letters read, “WAKE UP AMERICA!”
But the signature came from practiced tagger. I’m guessing the kid is either based, or on the way.

Riding in the Storm 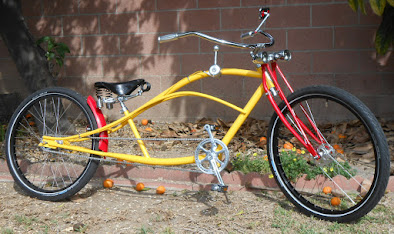 Saturday was our monthly bike club. No one came out to ride with us, and one of our guys was a no show. But we rode. Despite lockdowns, mandates, or whatever, we ride. The Vietnamese, God bless them, were rallying for Trump again at the Huntington Beach pier. They’ve been there every weekend since October. They know what it’s like to lose a country.

Sunday was quiet, sad, and empty. Deep haze and clouds buried the winter sun. I took my stretch cruiser, the show bike, out early, put on my club shirt, and took a slow morning cruise. The streets were all but deserted. The few people out were slouching along with their muzzled faces shoved into cell phones, ears jammed shut with blue-tooth plugs.

Luckily, there was no one at the park, so I sat at my favorite spot, and knocked back a couple of bowls. But that served only to deepen an overall sense of gloom. So I saddled up, and just wandered, turning here or there with no thought of getting anyplace.

I cruised down Whittier Boulevard, passed the Whittwood shopping center, and slid down the side streets into the neighborhood.

The sun rays turned the pewter sky into the iris of an immense leaden eye with a bone white pupil staring down the world.

I rolled around the corner, and stopped, just to look at the sky. Across the street, I could see St. Bruno’s holding outdoor mass in the lunch area of the parish schoolyard. Recorded music started as the congregants lined up in their face masks to receive communion. Each received the host in his cupped hands, turned from the altar to face the street where I sat on the cruiser. Each took several steps to ensure a safe social distance, and lifted a corner of the muzzle to slide the host into the mouth, and onto the tongue.

There was something furtive and broken in the gesture. The whole scene became surreal, almost frightening. I was standing inside a tarot card. That moment could have been painted by Breughel, or Bosch.

I rolled on home and put the bike up. Buddy the Cat was in the yard, snoozing on the table in the gazebo. The haze was breaking up and the ol’ guy was enjoying the thin warmth of the January sun. I re-heated some stale coffee, sat down, and joined him. 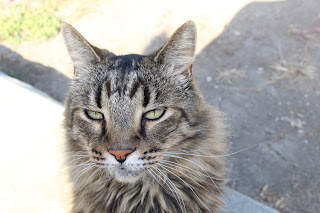 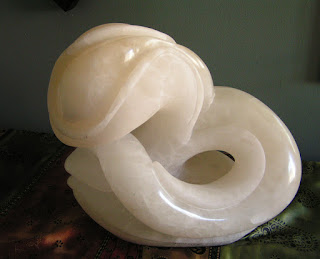 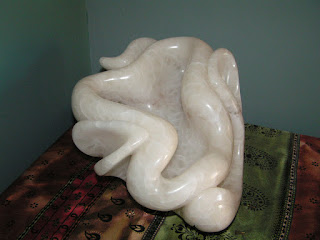 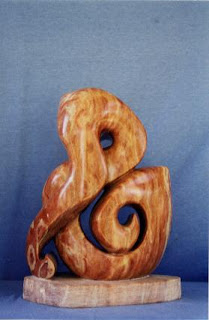 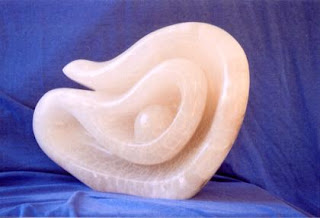 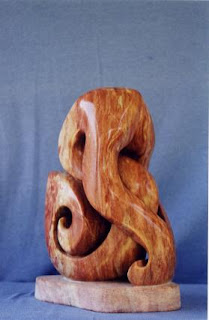