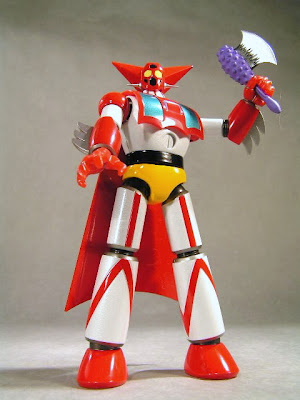 This breaks routine. Normally I don't stop by the wfb until I've hit the other places on the bookmark list, and normally I don't feel like writing in the morning. Actually, that part isn't a break in routine. I still don't really feel like writing. I feel like going back to bed. But dear old Booger the Cat has her little cat sense of order, and cat order calls for me to be up and about before seven thirty. If I'm tardy, she'll jump up on the bed, and march from my ankles to my chest and back again, pausing to stick her cold nose in my face, swat me on the cheek, and cry. "weeow, weeow, weeow", until I give up and get out of bed. So it was on this cold gray morning.


I mentioned Wednesday that I was going to start a long term sub assignment- the brutal night run between Stephen King Elementary, and the Beachside campus. It would have meant steady work from now until September. Would have. I talked to the boss yesterday morning. I had initially expressed some reluctance about taking on the job. As I've mentioned, it's a brutal slog of a run. But after sleeping on it, I resolved to tough it out and give it my best effort. Besides, we really need the money. When the boss called, I told him I was up for it, and ready to go. He said I had the assignment, but he wanted to double check with the school principals, and he'd call back to confirm. He called back. They're giving the assignment to someone else- a twenty something year old who's trying to earn money for school.


But would I be willing to finish out the week, anyway?


And this was an epiphany of sorts. At first I was beating myself for having been honest about my doubts on whether I was up for the assignment. Why did I say anything? Am I just being a lazy ass? Willing to work, but only so hard? Am I just wimping out? Putting my petty comfort level above the responsibilities of keeping up the household? Maybe I should have just kept quiet. But, you know what? It's no accident that the last two guys who have worked this job full time, just got fed up with it, and quit in anger.


No. It hit me like a ton of bricks about quarter to ten last night, when I was staring down the barrels of another row of rooms to clean, and the sidework, and the lockup yet undone. And realizing I was so damn tired I was aching, and dizzy. I'm getting too old for this shit. I'm in very good shape for a man my age. I like to work, and I don't mind working hard. But this was just too much. And I don't want to admit that to myself. The accusing voice in my head tells me I'm being a wimp. That this is a not a failure of strength, but of will. But I'm not inventing exhaustion for dramatic effect, here. I am up against the hard truth of being closer to sixty than fifty.


Welcome to life in the last days of the world as we know it. It's like encountering a boundary line, a border fence that just got moved in closer than it was the last time you approached it. This field used to be longer and wider. What happened? What do you mean, someone younger, and stronger?


As much as I was looking forward to making a little extra cash, and all, I'm actually relieved that they're giving the assignment to the younger man. I have tonight, and tomorrow night still to go, and this feels like the longest week in human history. But the week will end, and with it this assignment. I've done OK this month. I got more work this pay period than in the last two put together. All in all, there's still much to be grateful for.