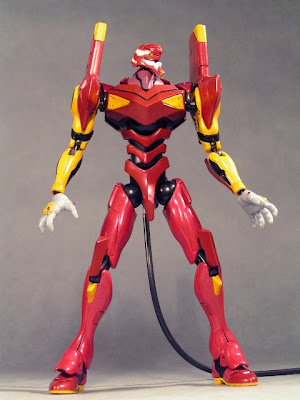 Another one of those shadowless silver days, and a cold one to boot. It was the last day of school before Easter week. The first thing in the morning routine at Sweetwater is to lock the gate to the big field. The gate is up on a bank overlooking the plant, basketball courts, and playground. Except for lighting the green on the big L shaped field, the invisible morning sun just doesn't have enough energy to reflect any color. The school buildings, the surrounding houses, yards, trees, and the Puente hills to the north, sleep in shades of silver and gray. It didn't change all day. But there's a lot of change coming down the pike in the whole work thing, but I don't want to BS about work. Suffice it to say that I did it, and it was good. Now I'm tired. And that is how life generally clicks along.

Booger the cat just came in to the den, dug her claws in the carpet, and hunkered down by my chair. I've tried a few times to get a good picture of ol' boogies, but getting a good cat picture is harder than it sounds. She's a plump calico Manx, white fur splotched with striped patches of brown and black. She's a rumpy Manx, which means she's got a tail like a bunny. And Manx cats naturally have long hind legs, and short front ones, so Booger looks like a bunny cat. Too cute for her own good, actually. She's a cantankerous, often bad tempered critter. Don't touch her hindquarters. Most of the time, you just don't pick up the kitty unless you want to lose some skin. And you have to be careful petting her too. Other times the cat will beg for attention, and just melt on your shoulder. She spends the night on the foot of the bed, and wakes me up if I'm not out of bed just after Mary. Nicest old kitty ever. We got Booger the Cat from an elderly woman who Mary knew. Someone had just thrown the cat away. The old woman found the cat in her garage, cowering in a corner. She tried to keep her, but the Manx didn't get along with the other cats. Mary and I had had a cat, but it got eaten by a coyote when we were living up at Possum Flats. So we took the Manx.
I looked around a little, and found out that people actually pay money to get Manx cats. You generally won't just find one at an animal shelter. My guess on Booger the Cat's story is this. Someone bought the kitty, and gave her to a young child. Kitty is too cute for her own good. Kid snuggles too tight, won't leave the cat alone. Cat swats, and scratches. Kid 'spanks' kitty for being bad. Cat scratches one too many times, and gets a one way trip in the car. Just a guess. But that's how we got Booger the Cat.
We have another cat, a half Siamese named Sam, that my brother dumped on us. Now there's an unlikely story for a cat with zero personality. Sam belonged to someone in New York City. He was given to a cat adoption place, and that's where my brother got him, and another cat. My brother came out here for an extended stay a few years back, and brought the two cats with him. A couple months later, he went back to New York. Without the cats. Some cats get thrown away, others get plane fare. The other cat that he brought died a while back, and now we just have Booger, and Sam. They can't stand each other. But now I need to go get some food. And that is all.
Posted by JWM at 4:46 PM