Second Week of the Ninth Month

Second Week of the Ninth Month

Thanks for stopping by. The WFB is my 'whatever I happen to be in to at the moment' corner of the web. I have two other Blogger sites which are far more interesting.
The Lost Canyon Project is the chronicle of my work photographing and cataloging the life's work of my late friend, artist Pete Hampton (1940-2018)

The Lost Era Transcripts is the fruit of the Lost Canyon Project. It is a re-creation in book form of Pete's unfinished master work, The Lost Era. This is a good candidate for the finest work I have ever done.

Here's the latest progress on the latest stone. More pics lower down: 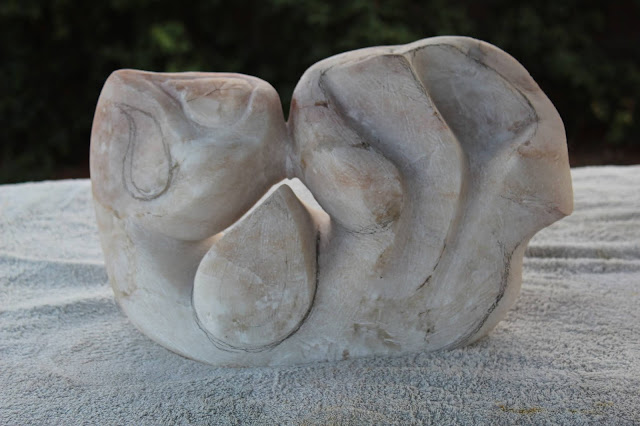 Our monthly cycling event, The So Cal RatRod Ride fell on the twentieth anniversary of the 9/11 attack on America.
The OBC custom bicycle convention is going on in Las Vegas, so a good many of our friends were out there. Our turnout was small, but our guests were  some of our favorite folks to ride with. I expected to see some rally, some demonstration at Huntington Beach pier, but no. There was some sort of marathon event being held at the beach. Coast Highway was closed to traffic. Both the highway and the bike path were full of runners. Some of the weekend motor home campers had "Never Forget" 9/11 displays, and American flags. There was some vocal group or other singing in the little amphitheater near the pier. That was it.
People used to talk about knowing exactly where they were, and what they were doing in 1963,  when they heard that John Kennedy had been assassinated. I do.
September 11 is the same.
Right here, I'm close to broaching a serious topic, and I generally try to avoid doing that. I'm not going to jump into politics and war. But I'm going to go ahead, and get serious.
I sometimes mention Faith and prayer, but only in the general sense of trying to lean on Faith, and being in the habit of prayer.
Many years back, I took the third of a dozen steps with all the sincerity, and honesty that I had to offer, and I placed my life, and my will in the care of God. As I understood God, then, anyway. This was the seed. It most certainly was not the beginning of a pious life. I still felt free to detest religion in general, and Jesus freaks in particular. But that was a long time ago, and the seed grew slowly. Now, nearly forty years later, half of the over sixty bookmarked websites, and blogs on my computer are religiously oriented. And all but a few of those are Catholic. Each day, in prayer, I open my heart to Jesus Christ.
I never set out to become a Christian. I do know that  Faith has taken root, and caused this seismic change in me. I have become a believer, almost despite myself. Go figure.  Does this qualify me for membership in the club? I'll leave that for God to decide.
How did this happen?
Evil.
On September 10, 2001 I believed that I had evil pretty well defined. Evil was guys like Charles Manson, or Ted Bundy. In its greater form it was guys like Hitler, Stalin, or Mao.
But the phone rang early while Mary and I were up in Possum Flats having our coffee. My mother told me to turn on the television, because a plane had hit the World Trade Center. I was thinking an accident with a private plane.
I went down to the main house, and turned on the tube just in time to see the second plane hit the tower. That hideous ball of flame and smoke. What I had just seen was impossible to believe.
There used to be a tabloid paper called The Weekly World News. It always had bizarre headlines about aliens, or bigfoot. They had a trick photo, in black and white,  that they'd put on the front page from time to time. The photo depicted Satan's face: horns, goatee, and all, being formed in a giant black cloud.

When I saw that plane hit, my innermost eye opened. I had the weird feeling of being able to see into a different dimension, or perceive some heretofore invisible wavelength of light. Now, don't get me wrong. I did not experience a hallucination. There was no a cartoon devil in the smoke. But I saw the face.   It was serene, almost child-like. It was immensely pleased at what had been done.

Remember, I said I thought I had Evil all figured out.  This was so many orders of magnitude above what I had conceived as Evil, that it undid everything I thought I believed in.
I got dressed quickly, and drove over to my mother's house. The news was all over the radio.  I got to my mother's house in time to see both towers collapse live on TV.

I had been there. I sat on the observation deck of The World Trade Center when I visited Manhattan in 1987.  I got out of the elevator, walked over, and took a front row seat looking over the edge.  That breath taking view. I remembered the words that popped into my head: "Airship altitude."
Like a lot of folks, my worldview collapsed with those two buildings.
In the aftermath, the only person I could think of to listen to was Dennis Prager. I had been a fan for years. He always seemed to be the sanest voice on the radio. Perhaps Dennis could make some sense of this. I bought a cheap transistor radio, and listened to his show while I worked on the stones. One day, Prager interviewed Charles Johnson, whose web site, Little Green Footballs, was the hottest thing on the internet. I had just hooked up my first dial-up desktop. (Remember the long squeedleebeep sound?)
LGF was the wild west of the internet, a total anonymous shit slinging free-for-all, and I recognized that it wouldn't last long. I made my first on-line 'friends' in those discussion threads. I also found myself "hanging out" with the people of Faith, especially a Christ believing Jewish woman who called herself BabbaZee, and a lightning witted punster, and free range theologian, Gagdad Bob Godwin. In those conversations I recognized my own spiritual hunger. BabbaZee often referred to being part of the Feral Remnant. Gagdad would refine his own take as the Raccoon Way.

I asked BabbaZee for some advice. She told me to read the Book of Job. I did. And-  I,  "got it", is the closest I can put it. My resistance to religion broke.
Soon Charles Johnson discovered he didn't want to host a bunch of "right-wingers" on LGF, and purged almost everyone from the site.
Gagdad started his own blog, One Cosmos, and I became a daily reader. I credit Bob Godwin  for being the most powerful influence, and the single greatest teacher in my growth in the Spirit.
But it has been a slow process. I cannot pick a moment when some magical change happened. But the day came when I addressed my morning prayers to Christ, and not the vague higher power. Over time I noticed the proliferation of religious sites, and bloggers on my side bar. First one, then another, and another.  It wasn't that I sought out Christian, or especially Catholic venues. I bookmarked sites, and writers because they were superb writers, and clear thinkers who just plain made sense. None of them was trying to sell their faith.  So I read their stuff. I read scripture, too.
It is the will of God that Life should flourish. There is a Holy Spirit. It will draw those who have eyes to open, and ears to hear. It may come to those who have a hunger for it, even if they do not recognize that inner grumbling as a hunger. So it was with me. God will use whatever medium he has available as a vector. Even the internet.
Just ask.
So here we are, twenty years down the pike. And look. Just look. No further comment.
So where do we go from here?
Back to work.
The visit up to Ventura had some unexpected consequences. Maybe I should say benefits. I picked up a few hints talking to a couple of the sculptors there at Art City, and also a link to a Kansas based organization called 2-Sculpt.
Here comes the hard part. I am completely self-taught, which means my instructor didn't know shit. It didn't take much reading and study to learn that I've been just plain "doin' it wrong" as the good ol' boys say. I've done some good work, but I have only two seldom used chisels in my tool kit. I've been relying almost exclusively on the rifflers and rasps to do excavation and shaping that could have been done much faster with hammer and chisel, and without wearing out the very expensive tools.
Your hammer and chisel-Fu is weak, Grasshopper.
I shall learn, Sensei. 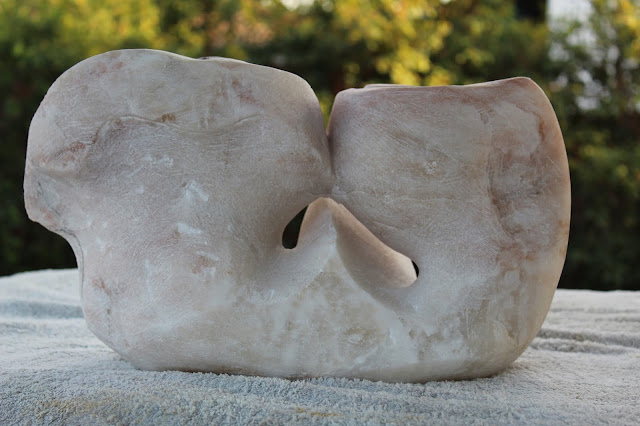 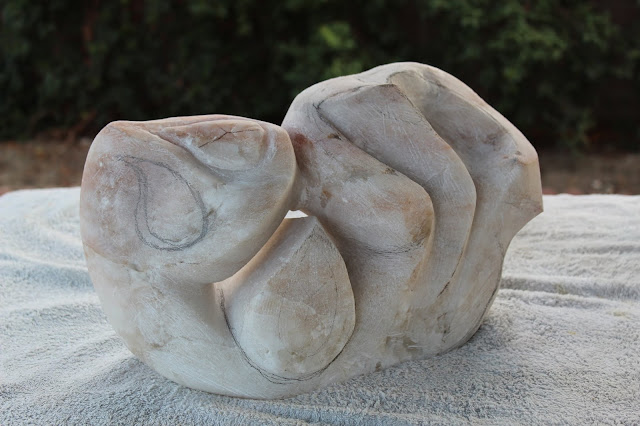 So I bought a real hammer, and a set of basic carving chisels. I'm spending some time watching beginner videos on boob-toob.   I'm working on technique, and learning fast. Still a long ways to go.
Posted by JWM at 7:23 AM