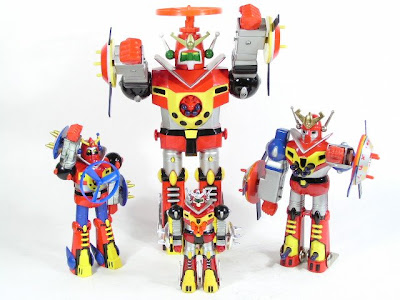 This has been an odd exercise. I really just sort of stumbled onto the topic of motorcycles at all, and before I knew it I found myself trying to recreate a road trip that I took over thirty five years ago. I had a skeletal itinerary, and a few events at hand: La Habra to Half Moon Bay, to Reno, to Death Valley, and then Ridgecrest, and then home. I left off yesterday thinking about that long full throttle race against the storm down the length of Nevada. I spent some time looking at maps, and trying to figure out just why I made the decision to turn west toward Death Valley rather than to try for Vegas, and a motel.


Beatty, Nevada was the fork in the road. And when I took a closer look at the map, another name nearby leaped out at me: Rhyolite. Until I saw the name I had forgotten about stopping in Rhyolite. But noticing that flyspeck on the map lit up the memory. I rode out to see the ghost town at the edge of Death Valley that afternoon. And I was the only one out there, I do remember that...

And here's where it gets strange. I seem to have two almost equally distinct memories of this small occurrence. In the first, I ride out to the ghost town, stop the bike in the middle of the the empty street, get off, and just take in the silence for a few minutes before moving on.

In the second version I don't get off the bike. I just go out there, ride down the main street, turn around and leave.

I lean ever so slightly toward the second version, but not enough to push a balanced coin off its edge.

It's an odd feeling, like being unsure of the truth of a tiny chip of your own existence. And not to get all metaphysical on anyone's ass- does it make a difference? No one saw me go there. And if I wrote out version one, when it was really version two that happened, would that make me a liar? A stretcher of the truth? Or, since the real event lives only in my faulty memory, again- why does it matter? Somehow, it does. It just does.


If I were writing fiction I'd lean toward the first version of the story. It's got all the elements of the Romance of the Road story- solitary biker, abandoned western ghost town in the desert. Wind in the center of empty. Approaching danger...

Or again, if I were doing fiction I guess I could make the second version work too. All it would take is a premonition- a strange sense of urgency- voices in the dust whisper, "runnnn!"


Locating Beatty, and then Rhyolite helped me piece together the decision. The plan must have been to cut across Death Valley on 190, and pick up highway 395 south of Lone Pine, and then hit I15 home. And I must have ridden far enough ahead of the storm that I thought I'd avoided it altogether. Otherwise I wouldn't have taken the detour through Rhyolite so late in the day. At any rate, I left the ghost town, picked up 190, rode over the eastern rim, and down into Death Valley.


Afternoon dropped like a stone into evening; the sky went black, and raindrops smacked my face like hard wet BB's as I buzzed across the desert. I saw a sign for a campground up ahead, and turned off. Fortunately it was a developed campground, which meant reasonably level parking, and a cinder block restroom with running water. As I pulled in I noticed two parked motorcycles, and a couple of guys setting up a tent. I stopped. Yes, it was cool with them if I shared their parking. Rain was beginning to fall pretty hard. Desert lightning flashbulbed the campsite and exploded in ground shaking thunder. I pulled the Beemer up under a mesquite bush, and a bat took a shit on the back of my hand. I wiped it off on the ground, grabbed my bags, and ran like hell for the restroom. It wasn't very big, and I didn't have a flashlight. It gets seriously dark out there, too. Rain hammered down almost all night. I slept under the sinks, cold even in my clothes, and sleeping bag. But dry. That was all that mattered. The next morning the bike didn't want to start. I'd kick it over, and it would fire once or twice, and then crap out. I got out the tool kit, and took the top off one of the carburetors. Fat round blobs of dirty water rolled around the bottom of the float bowl. Not hard to fix. And the bike fired up just fine.


By this time, you'd figure that I had pretty much used up my quota of dumb luck. No. I'd have to call on it twice more in the day in order to make it home in one piece.
Road Trip part six