Burgers in the Rain 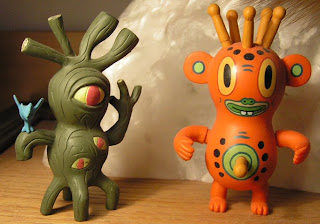 The Mr. Coffee machine works OK. I fed the monkey this morning and it didn't retch or bang my head against the cage for lack of caffeine.
I'm sitting here with a cup right now.

I just got back from getting lunch over at the local burger hop. I am richly blessed in the restaurant department. Actually, all of the LA/ Orange County megaburb is richly blessed with good eats. I can find first rate Mexican, Chinese, Japanese, Thai, and Italian within walking distance of the house. And I don't have to put up with chainburgers unless I get a perverse craving for McDonalds, or Burger King. You take that for granted until you travel to other not so richly blessed parts of the country. Don't get me wrong. I love the mid-west, the northern states, the south, and the east, but in many small towns you have a choice of Colonel Chicken, Hardees, Pizza Hut, or hunger.
Today we braved the rain for Time Out Burger. The place was a mediocre dump until a Korean couple took it over a few years back. Now, Time Out defines hamburger, and you can get a great grilled chicken dinner with a full plate of salad, and a big drink for under six bucks. The woman who runs it is incredible. She knows all of the regular customers by name, and remembers all of their personal preferences. She knows I like my burger with pickles, onions and lettuce only- no sauce, and that my wife wants everything but with extra pickles. And she remembers that my mother (whom she has never seen) likes the burger with onions only.
My only beef about the place is the television. In fact, television sets seem to be a fixture in fast food restaurants anymore. My wife and I went in well after the lunch rush. The place was nearly empty, and the TV was off. Good. But before we had the food on our table some woman walked in, sat down, stood up, and said to everyone and no one, "Mind if I turn on the TV?" and then, without waiting for an answer, turned on the news.
You know what was on the news? Rain. I'm not kidding. In LA, rainfall gets about the same kind of coverage as a car chase. They send mobile units to every corner of the basin, so that some good lookin' chick can stand out in the downpour, and tell you what you already knew. It's raining. At least I wasn't chewing my food to some forty five second mini drama about tampons, or disposable diapers.
But the rain was followed by a "report" about the stimulus. I didn't listen much. I could tell just by the tone of the voices. You can always tell by the tone of the voices if a thing is good or bad. This stimulus is a very very good thing. It is at least as good as the war in Iraq was bad. So the tones said. So am I going to erupt into a screed about television, or politics? No. I'm going to get another cup, and throw disc number two on the stereo. Disc number two? Yeah. I'll fill you in on it later.